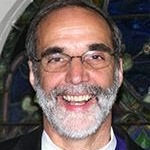 Ordained in the Episcopal Church in 1979, Mark Beckwith served parishes in Connecticut, New Jersey and Massachusetts. Elected Bishop of Newark (NJ), he served in that capacity for twelve years until his retirement in 2018. As an active bishop, he helped reorganize the Coalition of Religious Leaders of New Jersey, and served as President. In the wake of gang violence in Newark, he helped found the Newark Interfaith Coalition for Hope and Peace. With a local Rabbi and Imam from that coalition, he appeared several times on Morning Joe, and did two PBS interview shows hosted by Jon Meacham. The three of them co-hosted A Matter of Faith, a NJ Public TV show that focused on local issues. He currently serves as the Bishop Liaison for Bishops United Against Gun Violence, a network of 100 bishops he co-founded after the Newtown, Ct. killings in 2012. He is the co-founder of Faith Leaders for Ending Gun Violence., a national ecumenical group of diverse religious leaders. He has been part of the leadership team for Braver Angels, a national movement that seeks to depolarize America. He is the author of Seeing the Unseen: Beyond Prejudices, Paradigms and Party Lines (Morehouse Publishing, 2022) He offers spiritual direction and coaching for clergy. A graduate of Amherst College and Yale Divinity School, he lives in Jaffrey, New Hampshire.

His passion is to invite people to look beyond and beneath their political and theological positions, which in today’s climate of polarization can be overly confining, and find hope and blessing – and a way forward.